Historic Significance - The development of this property resulted in an Historic re-zoning that culminated as the City of Brentwood celebrated its 25th anniversary. The City was recognized by the State of Tennessee for its role working with a developer and surrounding neighbors to bring about this successful model. Soon after the project was approved, Primus announced plans to relocate to its current site in Cool Springs, provided the City of Brentwood would allow Carothers Parkway to be extended north to Moores Lane. This was certainly a reasonable and  logical condition, yet it created a political firestorm among the Brentwood City Commissioners, who did not want Franklin traffic funneled onto Brentwood streets.

Having the Primus headquarters in Cool Springs would create the impetus needed to draw other corporate headquarters and office tenants. The success of the Cool Springs development would promote growth in other sectors of the local market, tending to create a balanced local economy. The importance of creating such an employment center did not escape the eye of Governor McWhirter.

Since Primus had conditioned its relocation on a Carothers/Moores Lane connection, it came down to having an important collector street, and Primus, or a dead end road. When Williamson County and the City of Franklin had exhausted their efforts to end the gridlock, the uncooperative stance of Brentwood prompted the Governor to consider invoking the States right to condemnation.

While the State, County and two Cities argued the fate of Primus, and future growth of Cool Springs, the survival of Westgate Commons hung in the balance. Lamoureux Properties proposed the current design of the North Carothers connector to officials of the State, Primus, the surrounding neighborhoods, and both Cities. The local residents heartily embraced the plan and politics gave way to construction. The State agreed to fund $10 million in road improvements for Brentwood, Primus opened its new Headquarters, and Carothers Parkway is now an undisputed success. The development of Westgate Commons pioneered the concept of a mixed-use business park anchored by auto dealerships and restaurants in the Southeast. Towards the end of the real estate recession of the early 90's, Westgate Commons emerged alongside Home Depot as the first major developments to break ground since the opening of the Galleria mall in 1992.

Today the development is also home to the first Tesla dealership in Tennessee.

This 24,000 square foot building became the first Class-A office condominium of its type in the area. Its superior architectural design, location and building features broke new ground in Office Condo development. Pre-wired with CAT-VI cable, the building boasted a plug-and-play environment which catered to an upscale, small office clientele. Completed in 2004, the building sold out at nearly $100/SF higher than any such property before that time, and has since become the standard of comparison in the market.

The Watergate complex is an office-apartment-hotel complex built in 1967.  Mr. Lamoureux managed the leasing and re-tenanting of the Office and Retail components of the Complex from late 1985 to 1988, and during that time had his office on the fifth floor of the 2600 Virginia Avenue building.

This shopping center was one of the largest built in Fairfax County, Virginia at the time of its construction in 1991, totalling 343,000 SF . Mr. Lamoureux represented both Lowes and K-Mart for their site locations in the area, which led to his joining Beatty Development to plan Sully Place around
these two anchors. Mr. Lamoureux spent the next six years working with Beatty
to develop several shopping centers and office buildings in Virginia, Maryland,
South Carolina and Tennessee.
The Crossings - 2300 Lebanon Pike, Nashville, TN 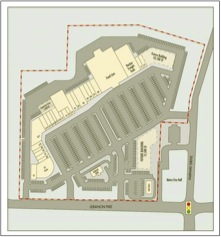